Hello and welcome to June’s newsletter. Hope you are as well as possible and keeping safe.

As you know, due to COVID-19, Smile For ME has not been operating fully for the past couple of months. Unfortunately this affected Merryn’s Smile Day on the 13th May and although we hoped to reschedule for later this year we have had to make the difficult decision to cancel for 2020 but can’t wait to celebrate this special day again next year. This month and onwards we are slowly starting to get back into things. We loved celebrating Carers Week this month and can’t wait to get back to sending our regular Smiles again in July.

If you would like to nominate an ME/CFS sufferer or carer of any age to receive a Smile you can do so by completing our nomination form. 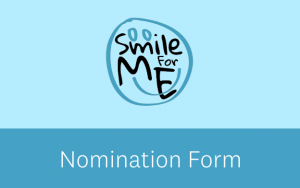 As part of Carers Week 8th-14th June 2020 we celebrated carers to thank them for all they do and to remind them how much they are appreciated. Bear Hugs generously donated 30 Hugs which were sent to amazing carers. 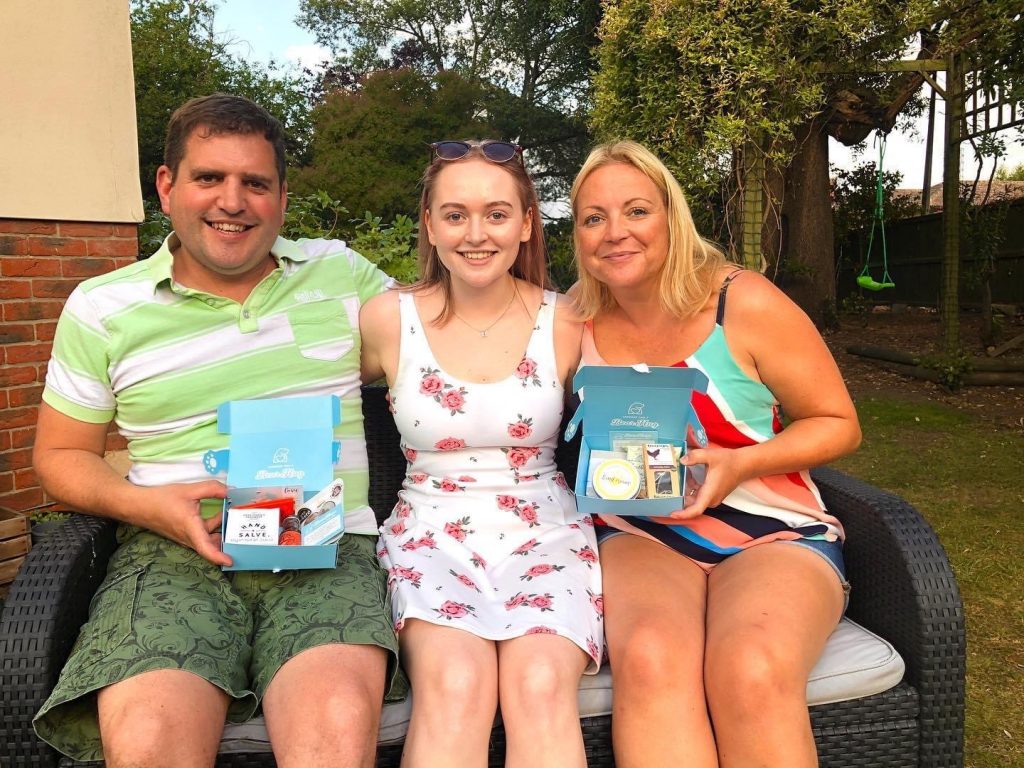 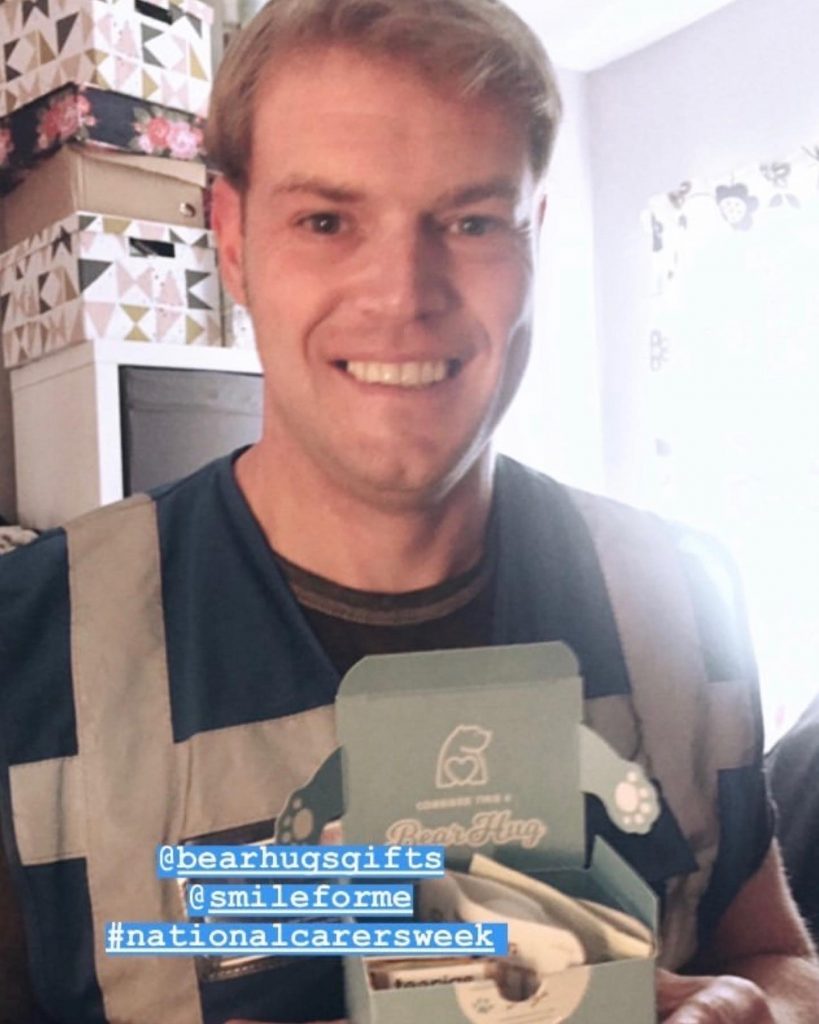 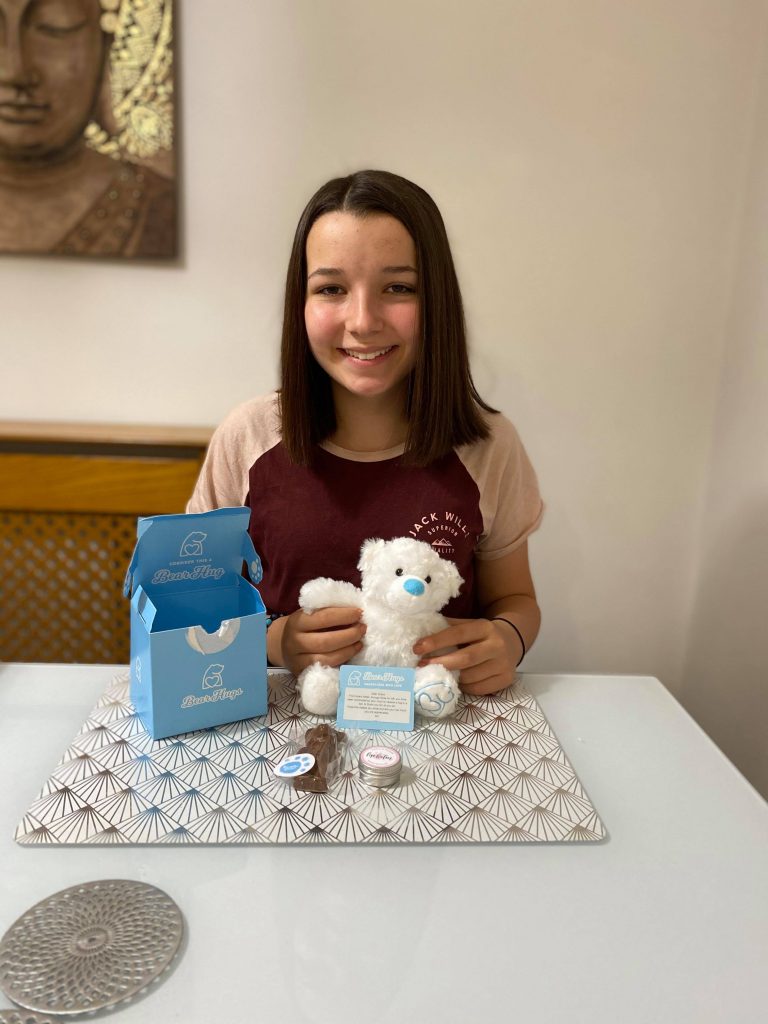 You can read more about our Carers Week celebrations here.

June’s share a story is a piece by Sue for Carers Week. Thank you Sue for writing about your experience of being a carer and for allowing us to share.

I was asked by Alice to share my experience of being a carer for my youngest daughter who has M.E. When I had written it, I shared it with a friend, who rightly pointed out that it’s mainly about Lucie…and not so much about me! She was right…it is. But I think that says a lot about my role as a carer, and probably every other carer too. It’s no longer about me…but I am still there somewhere. You might just need to look more closely…

In the autumn term of 2016, Lucie got a virus that she just couldn’t shake. She had had serious viruses before, but this one quickly felt different, and I remember sitting in our doctors trying to explain why, as her mum, I just knew this was something else.

Over the following months, she became increasingly exhausted, sleeping up to 17 hours a day. She developed chronic stomach pain, and couldn’t eat much. Every activity exhausted her to the point of being unable to get up for days.

Being in her final year of primary school, she was heading towards her Sats. She has always been studious, and worried constantly about missing school. My mornings were spent trying to wake her to get her to school…and then making phone calls to explain she would be late, or wouldn’t be coming. On the days that she went, we would often get calls to come and collect her early, and she would come home and sleep for the rest of the afternoon and evening. I was a teacher for 20 years, and was scared about the effect missing so much school would have on Lucie’s education. I remember that time as an endless worry…knowing that something was very wrong.

It was in the May that a friend of a friend happened to share a post about M.E. on Facebook. I’d had a friend at school who had had M.E., and in my mind I was already worried that this was what was happening with Lucie. This was when I was lucky enough to be put in touch with Claire, another M.E. mum, who has been a constant support to us since.

And so began the fight. It took 18 months to get an official diagnosis, despite knowing within a matter of weeks that we thought it was M.E. We had to fight our CCG to fund a referral to a specialist M.E. team. Everything was a battle. And all the while, she was getting worse. The day she should have started High School, she was in the hospital. She tried to attend school as much as she could, before we had to reduce (and then keep reducing) her timetable to a level she could sustain.

We had no professional support and were constantly worrying if we were doing it right. I spent hours researching, questioning and learning as much as I could.

As a mum, you just want to make everything ok, and as Lucie’s carer, this is probably the thing I’ve found the hardest to accept. No matter how much I want to make her better, there is nothing I can do to restore her health. Instead, I’ve tried to accept that this is a waiting game.

The initial months and years were the hardest in many ways. When your child has a life changing illness, you expect there will be something the doctors can do to help. With M.E. there is no treatment and no cure. At this time, I just wanted her to get better. I was grieving for the life she, and we should have had.

As time has moved on, I think I’ve accepted that this is how it is. Instead of thinking about what life should be like, I try to focus on what we can do now to make the best of things. With Lucie only able to attend school for 3 hours a week, we decided we needed something positive for her (and us) to focus on. This was where the idea for ‘In her name Lucie’ came from. We asked family and friends to pledge to complete a challenge on Lucie’s behalf, in order to raise funds for Smile for M.E. and IIMER. We needed something positive to come out of all of this, and have continued to support Smile for ME ever since.

In the strange times we are all now currently living in, I’ve found myself reflecting a lot on the time since Lucie got ill. When lockdown first started, I was asked a lot ‘How are you coping?’ How do you answer that, when you’ve been in lockdown with your child for almost 4 years? We aren’t talking weeks here. Both of our lives were placed on hold in many ways when M.E. came knocking…and there is no end in sight.

In all honesty, we have joked about how well prepared we were for all of this. Lucie and I have coped much better than many people we know…including Lucie’s dad…who despite living here…hadn’t experienced the true impact of having to stay home day in and day out until now.

Our lives are very different to how they might have been. But we are lucky to have a supportive school, who have been willing to think outside the box with me! They listen to what we think might work, and have tried to accommodate Lucie’s needs as an individual. They have worked closely with us to form a plan for her future, allowing her to study her GCSEs differently to their other students. Her year 9 has seen her attend year 10 and 11 lessons to study for her Geography GCSE in one year, under the guidance and care of an amazing teacher, whilst having tuition for the core subjects. Next year she’s hoping to take another 2 GCSEs and then a final 3 in year 11.

Being Lucie’s mum feels like being her P.A. I often say it is like a full time job, trying to keep on top of everything to do with school, whilst also balancing her physical and health needs. Being ill for such a long time, and missing out on so much, has understandably impacted on her mental health. She was only 10 when she became ill. She’s now a teenager. If i’m honest, the impact this illness has had on her mental health is what gives me the sleepless nights now. That’s not to say that I still don’t have the odd day where I’m overwhelmed by the sadness of her situation. I do. But I allow myself those days, knowing why they come and knowing they don’t last. Usually I tell Claire, and she cheers me up…more often than not with a plan for us to run away…like Thelma and Louise!!

I would say that one of the few positives has been the friends I’ve made along the way. People who I wouldn’t have met had Lucie not got ill, many of whom have also had their lives touched by M.E. and so understand where we are. I’m grateful for their support, as well as those friends who have just always been there for me. The ones who always ask how things are, who notice when I go quiet, no matter how long this has gone on for. This would be much harder without them with us.

I find the word ‘carer’ a strange one. To me it has such soft connotations…of loving and nurturing (which of course I do too). But it never feels strong enough for what the reality of life with a child with M.E. is actually like. You have to fight, be strong, never take no for an answer…and even on those days when you think the fight has left you, you have to dig deeper than ever before…and fight some more!

Perhaps I’ve accepted M.E. as being a part of our lives, and despite still hoping with all my heart that it goes away eventually, I’m not depending on it. We are where we are. And we’ve got this…

Smile of the month

We asked on social media what has made you smile this month? We love hearing the responses and hope by sharing some of your smiles it can help others to find a smile too. 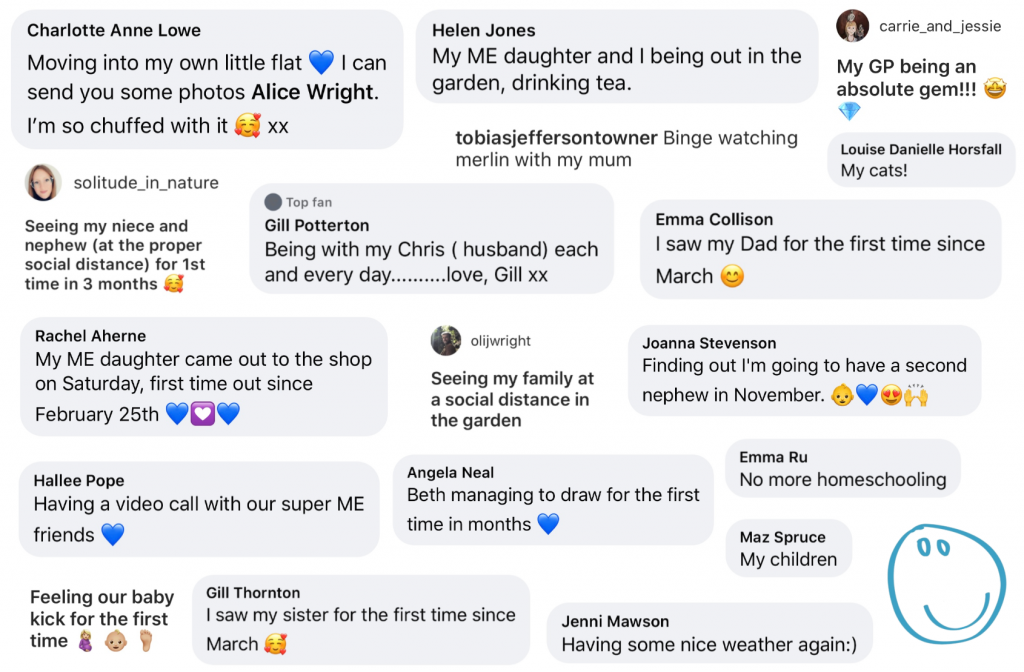 What made you smile this month?

A big thank you to Raffolux who raised £1092 from their charity raffle. The money has been split between Smile For ME and ME Action and we have received an amazing donation of £546. Thank you Raffolux and everyone who supported. Congratulations to the winner Isaac. 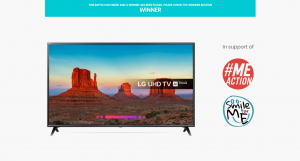 A special Happy Birthday and thank you to Helen. To celebrate her 30th Birthday Helen kindly chose to support us through Facebook fundraising. Thank you for raising a wonderful £175.

To those who have donated or just shown your support to us thank you. Your support means such a lot because it enables us to send Smiles to those affected by ME. Thank you for your kindness and generosity.