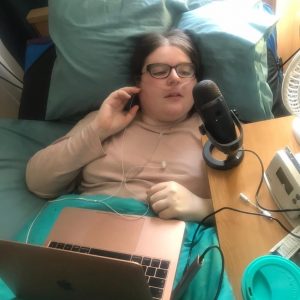 I was diagnosed with ME (myalgic encephalomyelitis) after suddenly losing the ability to walk at 16.  Until then I was healthy and active – “loud, crazy and always laughing”, in the words of my sister.  My condition steadily deteriorated, until seven years ago I became completely bedridden.

Every day I’m in agonising pain.  I need oxygen to help me breathe and require constant nursing care.  I’m frequently admitted to hospital with serious infections, and a few years ago doctors warned me that my life expectancy could be very limited.

From this place of suffering and despair, my album was born.

I began writing music to express my pain, and a family friend helped me to record the songs from my bed.  As I’m too ill to sing more than a line or two at a time, completing the vocals took a couple of years.

For a long time I didn’t think I’d live long enough to see my album finished.  I can never express my gratitude to everyone who has given their time and talent free of charge.

What the album means to me

The album means an incredible amount to me.  It represents my journey so far: it’s about loss, anger and pain – but most of all it’s about love.

It has been my way of processing all that I’ve been through with severe ME.  It’s also my legacy to leave to the world long after I am gone.  It’s my achievement and means that my life was not wasted.  If it can then keep doing good with every sale, that is what makes me smile.  It’s what I will live for each day.

My hope for the album

My sincere wish is that my album will help lead to a medical breakthrough. Research into ME has been terribly underfunded, and little is known about those who die from the illness.

I want to achieve wider awareness of the severity of ME, and of the fact it can be life-threatening at its most severe.

But this is not an album about illness.  The themes in my music will resonate with everyone, no matter what their situation in life.  Ultimately this is an album about love.

A word from Kara today

My name is Kara Spencer and I have Severe M.E. I have been bed bound for 7 years and over the recent few Ive been writing songs as and when they come to me. It has been my dream to record an album for a long time before I became severe. I never thought I’d be able to sing as my voice was nothing compared to what it was in the past, but I got hooked on an artist called Three Laws and I could sing all of her songs as I was in her range but not my old range, in fact I could sing the higher harmony. So my dream of an album for real, was once again born.

Fast forward two years of recording songs by my bed, and a beautiful friend Naomi doing a blog post on A Life Hidden, and we got picked up by the BBC who organised an appeal to go out to the nations song writers and musicians to help me make my album a reality. So after that musicians and sound engineers and mixes came flooding in, and we eventually settled to work with Liam Hicks as the main producer and other producers working around him. It has been a crazy three months, and I can only believe that it has been only three months since that first article! But here we are on release day, and it’s still me that album is out today, thank you to all of that of you who made this happen. The dream is now a reality thank you. 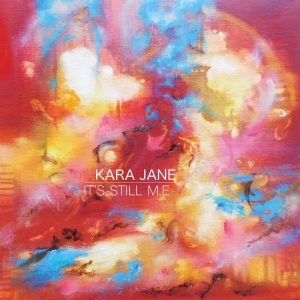 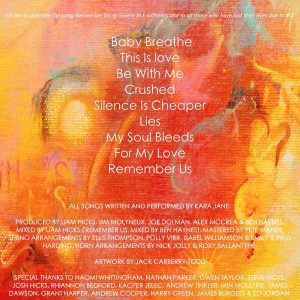 If you would like to support Kara’s music her album ‘It’s Still M.E’ is available 8th August 2020 www.karajanesings.com