Hello and welcome to November’s newsletter. We have been thinking of everyone during this lockdown month. We hope you are all ok and keeping safe. Sending a big virtual hug your way.

12 Smiles were sent to both ME sufferers and carers of all ages this month. The items included in our Smiles change all the time as we personalise them to each person’s likes and interests. Some of the items included this month were blankets, fluffy socks, hot water bottle, craft activities, mugs, nail polish, bath bombs, and vegan and gluten free treats. 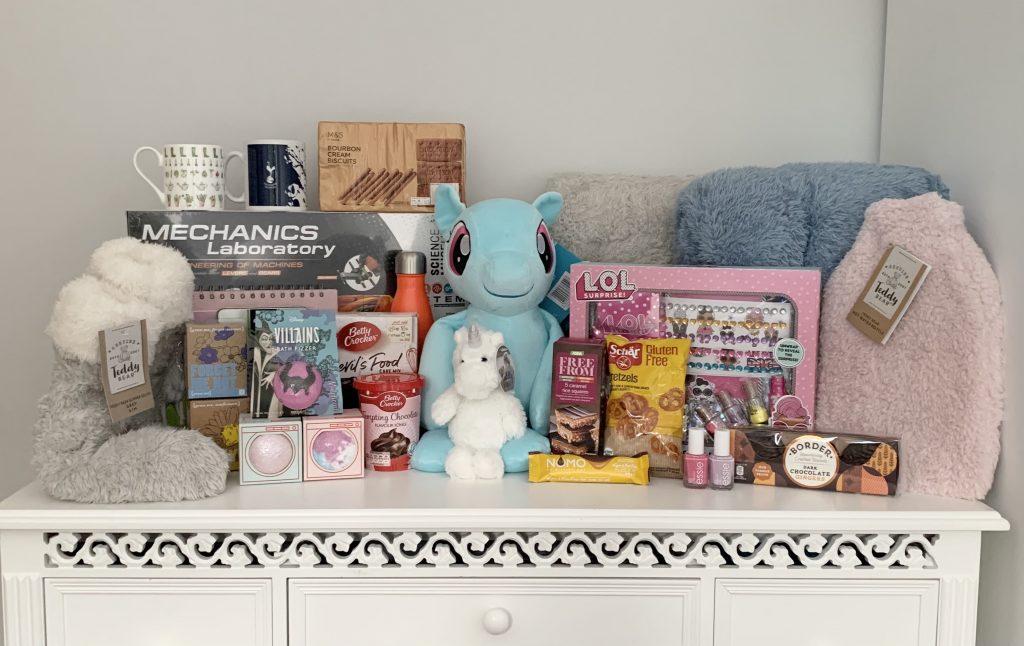 This month’s share a story is “Do you like superheroes with superhero powers” by Gemma Everson. Thank you Gemma for sharing your experience of ME…

Our story began in July 2017. We had just welcomed out second daughter, Gracie into our family and things were going swimmingly. I was on maternity leave at home in Shropshire and enjoying a break from my job as a primary school teacher. My husband Tom was looking forward to a long summer break from his duties in the Royal Navy. He had been working so hard, away from home in a stressful role which he loved. Before his leave began, he had floated the idea of joining a team of military guys who were looking to complete a Lands’ End to John O’Groats bike ride. It was over five days, so looking to complete roughly 200 miles a day. It seemed like bad timing, we were knee deep in nappies and bottles and I was still recovering from birth but I wanted to support him. Tom can be very persuasive. He was also more afraid of the Royal Marine’s who were trying to recruit him than he was of his hormonal, post natal wife! Well that’s what I like to think anyway… 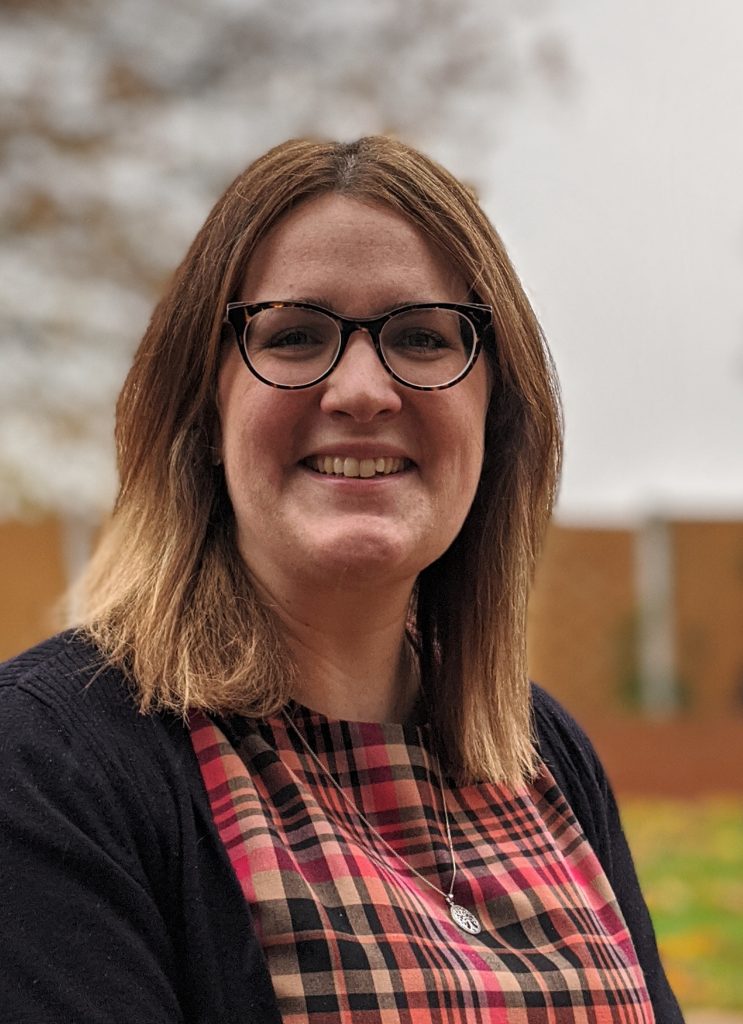 So the ride began and day by day I couldn’t believe the distance he was covering as I tracked him on my phone. Lands End to Taunton and day one followed by Taunton to Warrington on day two, passing our own home in Shropshire. It was staggering and I felt so proud of his accomplishment. By the third day, a couple of guys had had to drop out due to injury and the team was small. This meant the days became longer, the effort became greater and nutrition and sleep went out of the window. But he was committed and was not about to give up or let the team down. Anyway it would be over in a couple of days and then he could rest all summer…

When Tom talks about the penultimate day, he describes almost an out of body experience he had. Like his brain and body disconnected and he stopped feeling anymore. It still hurt but that brain and pain connection just went. He carried on for another two days until finally he arrived at a very bleak, foggy John O’Groats.

He arrived home the following day and Georgia, our eldest who was then 3, proudly placed a handmade medal around his neck. He was such a hero in her eyes. We listened to his tales of the ups and downs of the week and I felt such amazement at his mental and physical strength. I ran him a bath and helped him get in and out as he was very bruised in places he didn’t know existed! 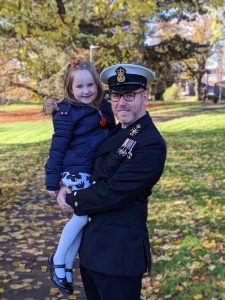 The summer break began and he was a bit tender and lethargic. We had relatives and friends visiting our new addition and lots of time spent lounging in the garden in the hot sun. A few people commented on how tired he was, but said it was no surprise with a newborn baby in the house. I knew he wasn’t the one getting up in the night though so was a bit of a sore point! It was the August bank holiday when my cousin was visiting and he took me to one side and said “there’s something not right with Tom.” I think I’d realised this too but I’d needed this affirmation. He had been having lots of nose bleeds after the shortest of bike rides or physical exertion.

By September, he returned to work. He was just so fatigued and after a week they sent him home to recover. It was Georgia’s 4th birthday that weekend and I remember him crawling to the top of a soft play and just sitting there. Part of it but not part of it. As much as he could manage. Alarm bells started ringing.

Over the next seven months, Tom became more and more fatigued to the point that he was practically bed bound, unable to do anything more than shower before his body ‘crashed’ into exhaustion and he would crawl back to bed for days on end. At this point he had seen a GP and they had suggested stress as a cause. CBT was recommended but Tom knew it wasn’t that. 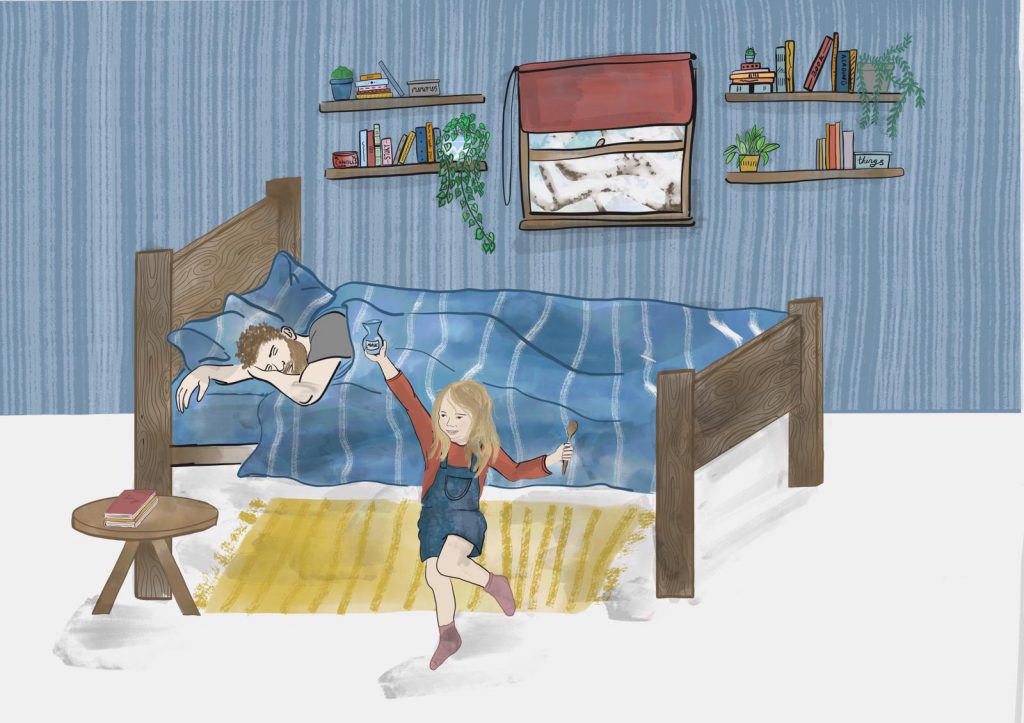 After doing our own research and speaking to people we knew it seemed obvious that what Tom was experiencing was classic ME/CFS symptoms. The next realisation was that this was so misunderstood and had no cure. It was devastating.

Georgia particularly found it difficult to deal with the loss of her fun and energetic Superhero Daddy and could not understand why he was unable to do all of the things they had once enjoyed. Bike rides in the park, family swims and ‘rough and tumble’ were all suddenly a distant memory. After seven months, Gemma found that she could not keep telling her daughter that Daddy was poorly. Georgia knew that straightforward illness should not last this long and she started to grow anxious and confused, often suggesting ways to make Daddy better. It was heart-breaking. Georgia needed a new story and after struggling to find anything online that fit the bill, Supercharged Superhero was born! 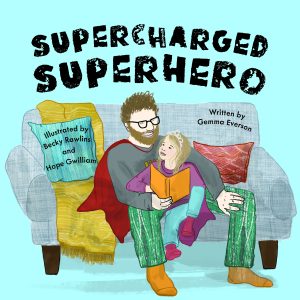 Supercharged Superhero, is a moving and true story about one little girl and her super energetic, superhero Dad who’s battery suddenly and unexplainably becomes broken and will not fully recharge. The rhyming story explains their journey through change, loss, grief, despair, acceptance, readjustment and hope as they come to terms with her father’s condition. 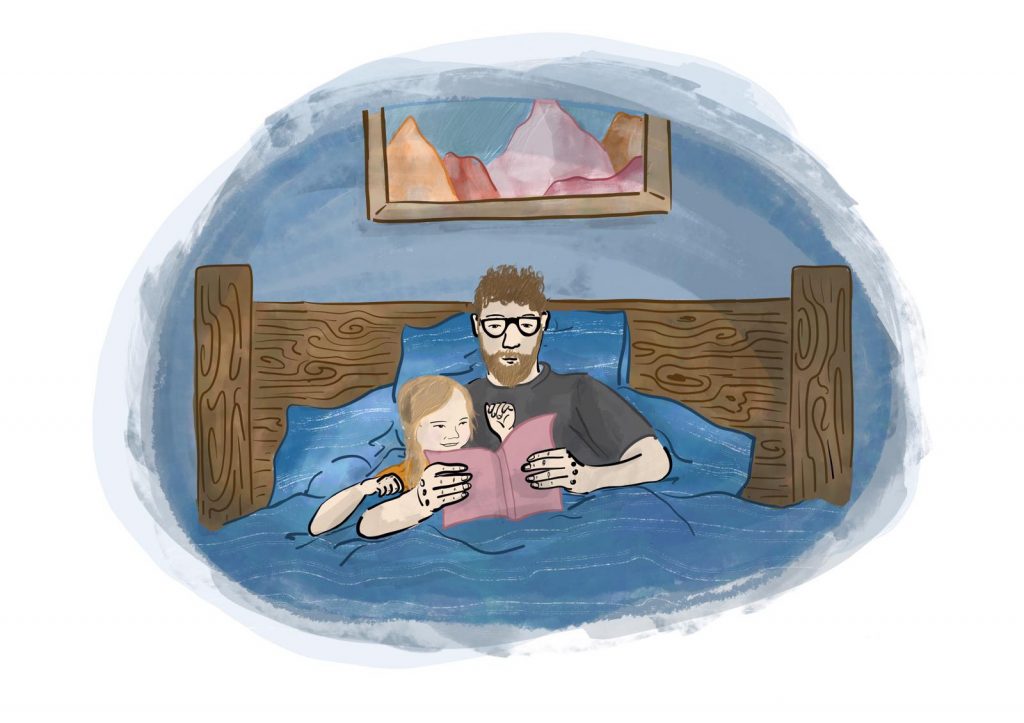 I wrote the story following a particularly emotional bedtime and I saw instantly how it eased her mind and calmed her thoughts. The next day she started talking about Daddy’s battery and it was then I realised how powerful the story was. I shared it with friends and family and realised that it actually spoke to a number of their personal situations – not just those with experience of M.E but other chronic illness, physical injury and mental health conditions.

The story changed everything for us as a family and suddenly, although Tom was still struggling physically, Georgia was given the language and understanding to help her accept that things had changed and move forward with this new version of her Dad. Together, they learned to have fun together in different ways and slow down and appreciate the small things in life – which is never a bad thing! 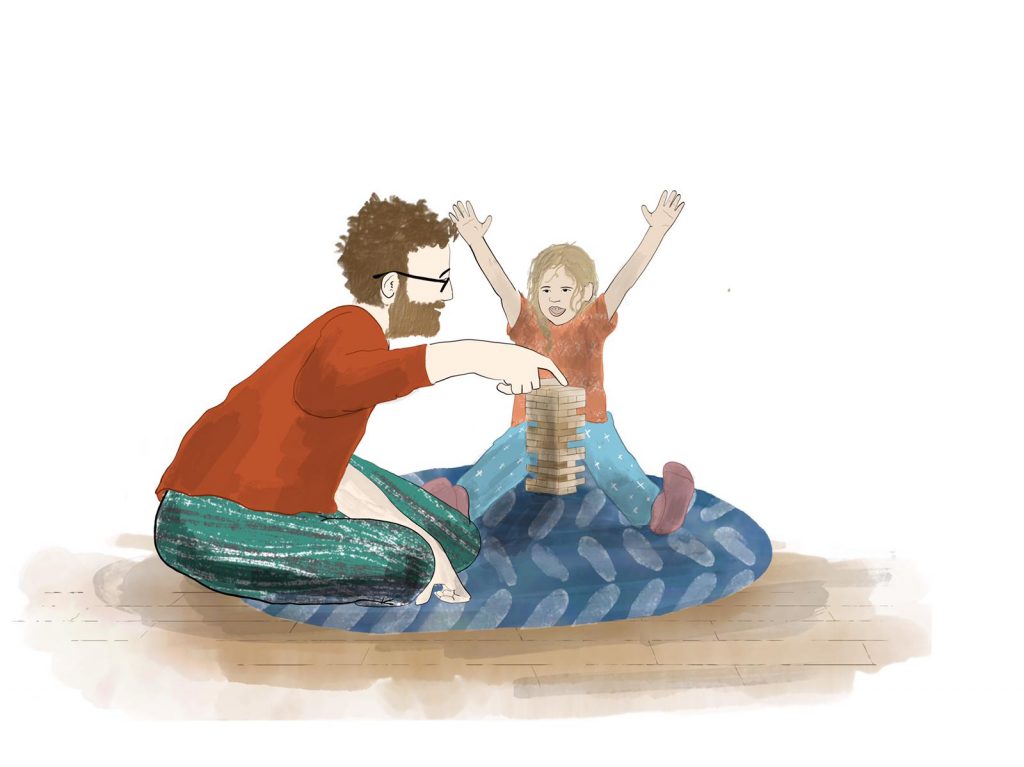 We are pleased to say that Tom has made some progress both cognitively and physically following two years of care from the Royal Navy recovery services. Tom may never recover fully and he misses his ‘old life’ so much but as a family we are so very grateful to the Royal Navy staff who have equipped him with the tools he needs to live a relatively ‘normal’ family life. He has recently been discharged and is starting a new career in IT working from home. 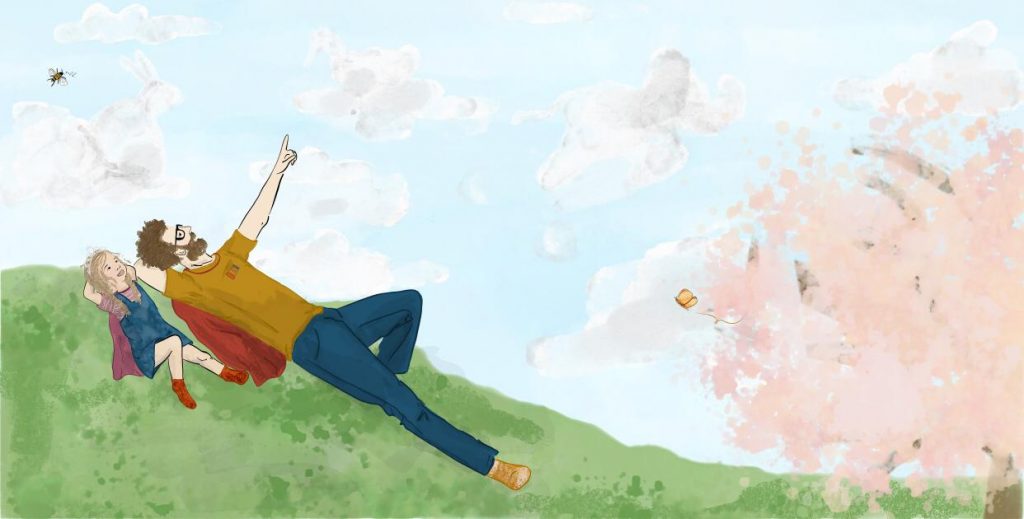 Smile of the month

Each month we ask on social media what has made you smile this month? We love hearing the responses and hope by sharing some of your smiles it can help others to find a smile too. 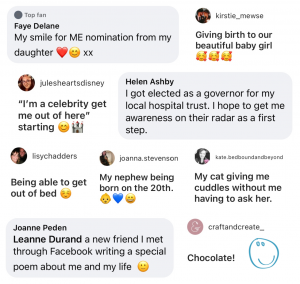 What’s made you smile this month?

A big thank you and good luck to Grayson who is shaving her head today to raise money for us with her fundraiser ‘Shave for Smiles’. Thank you Grayson for kindly choosing to support us and raising an amazing amount of money so far which will go towards sending more Smiles to those affected by ME.

You might recognise Grayson as she has very kindly supported us with different fundraisers over the years. Grayson and her friends ‘Students for Smiles’ were responsible for the touching and uplifting notes which were sent with our Smiles throughout 2018. 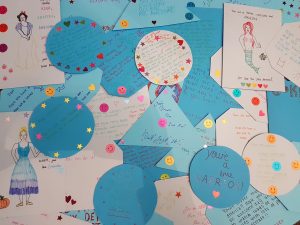 Thank you to everyone who has supported Smile For ME this month. We are so grateful for the kindness and generosity shown to us which enables us to continue sending Smiles to those affected by ME. It means such a lot thank you.

A special thank you to Gemma who has kindly donated a few copies of her book ‘Supercharged Superhero‘ for us to send with our Smiles to young carers.